Everyone knows we are K-W’s First Eco Friendly Salon, Spa and Energy Space.  But do they understand why?  Every knows I have started a new company called ‘The Institute For Harmonious Living’ , but do they know why?

I grew up watching The Nature of Things.  I loved it, it was one of my favorite shows, it was the 80’s version of Kratts Creatures!  As I have grown up with David I have witnessed a transformation in him.  He started out curious, became aware and concerned about our impact on the planet and then started doing something about it.  This brings me back to the ‘whys’ I listed earlier.  I started out curious, ended up waking up from our cultural pablum we are served and then had to do something about it.  Not feeling good at work myself made me realize there had to be something wrong with products I was using.  It had to be making me feel that way, so then what was it doing to my clients, my water, my planet?  As I become more educated It became more and more clear someone had to do something?!  There were other people like me who simply ‘Trusted’ that someone, somewhere was regulating the things we used, bought, ate, slathered on our skin.  Right?  So by becoming more aware, more educated I became empowered, and I followed where it led me.  To create HHDS.  But it didn’t stop there, I realized as I’m sure David Suzuki did when his daughter complained as a child that ‘they might as well give up cause the world was going to end anyway’, that it wasn’t enough to just make noise to draw attention to a concerning cause.  You have to educate others, motivate others through positive action and inspiring example.  And so The Institute OF Harmonious Living was born.  What’s the connection?  As I attempted to ‘make noise’ with the salon I recognized that people were too buys, too stressed, too numbed out to do anything more.  They figured well I’m recycling, isn’t that enough?  Why cant the big corporations do more?  (I do agree with that last one!) But in reality it takes each one of us to do more.  But if you are already in overwhelm, how can you muster the energy to take action?  Through Coaching, Public Speaking, and training others, I can assist each participant in better connecting to their own needs, and in turn connecting to the needs of others and in turn the planet.  Through Self Care awareness and a stronger understanding of how our minds work to create our reality, we can literally ‘Re’ Program ourselves to be healthier, happier and in turn more conscious of our impact on others and Mother Earth.

It came to my attention that David Suzuki is celebrating his 80th Birthday and what better way then to commit to doing more to make our planet healthier.  The following links will take to stories of David’s journey and to an amazing program to protect and preserve the planet and ALL of it’s inhabitants!  ENJOY!

Don’t forget to book your Coaching Sessions in now for the month of MARCH 20% off all coaching sessions with me! 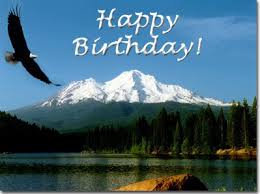