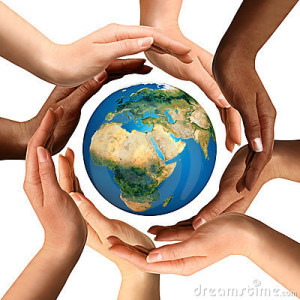 April has always been a big month for us, spring is here and uncovers a multitude of garbage day chaos having left it’s unpleasant mark on our beautiful city.  HHDS will, for the 6th year in a row, go out with our families and clean up our neighborhoods.  We offer up a friendly challenge to other local organizations, friends and families, to collect as many bags as possible and share your tallies with us so we can post on our social media sites, creating greater awareness and inspire others to do the same.  For the week of April 19- 23 come in and enjoy lovely ‘Green’ promos, refreshments and events which we will be posting soon!  I wanted to share some insite to Earth Day and share how you can get involved!  Enjoy and we hope to see you out there with your friends and family too!

“John McConnell[24] first introduced the idea of a global holiday called “Earth Day” at the 1969 UNESCO Conference on the Environment. The first Earth Dayproclamation was issued by San Francisco Mayor Joseph Alioto on March 21, 1970. Celebrations were held in various cities, such as San Francisco and in Davis, California with a multi-day street party. UN Secretary-General U Thant supported McConnell’s global initiative to celebrate this annual event; and on February 26, 1971, he signed a proclamation to that effect, saying:

May there be only peaceful and cheerful Earth Days to come for our beautiful Spaceship Earth as it continues to spin and circle in frigid space with its warm and fragile cargo of animate life.[25]

“Earth Day is the first holy day which transcends all national borders, yet preserves all geographical integrities, spans mountains and oceans and time belts, and yet brings people all over the world into one resonating accord, is devoted to the preservation of the harmony in nature and yet draws upon the triumphs of technology, the measurement of time, and instantaneous communication through space.
Earth Day draws on astronomical phenomena in a new way – which is also the most ancient way – by using the vernal Equinox, the time when the Sun crosses the equator making the length of night and day equal in all parts of the Earth. To this point in the annual calendar, EARTH DAY attaches no local or divisive set of symbols, no statement of the truth or superiority of one way of life over another. But the selection of the March Equinox makes planetary observance of a shared event possible, and a flag which shows the Earth, as seen from space, appropriate.”[26]

At the moment of the equinox, it is traditional to observe Earth Day by ringing the Japanese Peace Bell, which was donated by Japan to the United Nations.[27] Over the years, celebrations have occurred in various places worldwide at the same time as the UN celebration. On March 20, 2008, in addition to the ceremony at the United Nations, ceremonies were held in New Zealand, and bells were sounded in California, Vienna, Paris, Lithuania, Tokyo, and many other locations. The equinox Earth Day at the UN is organized by the Earth Society Foundation.[28]“

Want to learn what you and your family can do this Earth Day see the following link and of course come visit us for awesome promos and daily events!  http://www.waterloo.ca/en/living/earthday.asp  https://www.kitchener.ca/en/livinginkitchener/EarthDay.asp

And for Larger company awareness see the following link!  http://www.sustainablewaterlooregion.ca/2012/04/earth-day-city/

Past Earth Week Collections with the Minnick/Kiers Family! 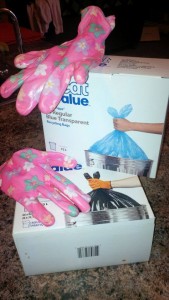 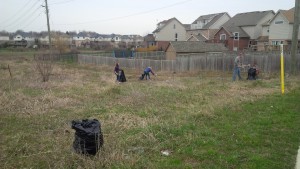